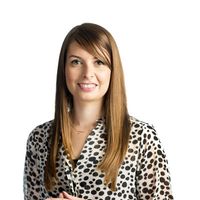 Today is World Vegan Day and what better way to celebrate than to take a look at how The Vegan Society is successfully licensing its registered trade marks to third parties in an effort to educate the public about vegan-friendly products.

The Vegan Society owns a number of UK and EU trade mark registrations, including for its vegan logo, featured in the image below.  According to its website, www.vegansociety.com, the Society coined the word "vegan" in 1944 and its sunflower symbol trade mark (above) "represents the international standard for authentic vegan products".  They say that the sunflower is "a well-established and respected symbol that gives customers confidence" to buy marked products.

It appears that the trade mark is licensed by The Vegan Society to companies offering vegan-friendly products that have been rubber stamped as such by the Society, after having gone through an application process.  Licences are given on a product-by-product basis, rather than to a company as a whole, and some products are liable to be audited, therefore helping to ensure that public trust in the symbol is maintained.

The Society also cleverly advocates for misuse of the symbol to be reported to them.  A simple form is provided on their website (https://www.vegansociety.com/take-action/reporting-vegan-trademark-misuse) for this purpose, presumably so that action can be taken to stop the use if needed.  By using its supporters and members as its "eyes and ears on the ground", the Society is again able to protect the integrity of its trade mark.

One of the key considerations in allowing someone other than the trade mark owner to use a registered trade mark is to ensure that the reputation and value of the mark is not diminished through the third-party use.  It is, therefore, important for licence agreements to contain quality control provisions that enable a trade mark owner to retain control over the way in which its mark is used and for the owner to monitor and police the use of its mark.

The Vegan Society certainly seems to have a handle on this and, from now on, I will definitely be more aware when perusing supermarket shelves!

We all know the feeling – searching the supermarket shelves for a glimpse of the word ‘vegan’ to put your mind at rest when buying a product. That’s where the Vegan Trademark comes in. But why is the Trademark so important?

Happy #WorldVeganDay! It's been 74 years since the founding of The Vegan Society and in that time we have helped countless people to go and stay vegan. We're delighted to announce the launch of VeGuide - the app that makes it easier than ever to go vegan https://t.co/OSafTzipu4 pic.twitter.com/qJux5XCf8B

🌎 Happy #WorldVeganDay! 🌎 The first World Vegan Day occurred on November 1, 1994 as a way of commemorating the 50th anniversary of the UK Vegan Society and the term "#vegan". Wherever you live on this beautiful... https://t.co/9j0z6QfX4v