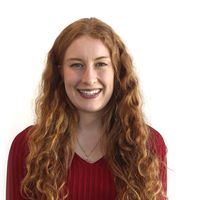 Obtaining a patent for a software invention is often not easy, and many will recall that immediately following the June 2014 decision of the U.S Supreme Court in Alice Corp v. CLS Bank International (“Alice”), it became harder. In Alice, the US Supreme Court concluded that generic computer implementation does not transform a patent-ineligible abstract idea into a patent-eligible invention. In the years that followed, the Federal Circuit issued several decisions, and the USPTO issued examination guidelines on how to apply Alice.

In April, the USPTO published its assessment on patent examination uncertainly in the years following Alice, and it makes for interesting reading.

In the report, the USPTO concludes that there was indeed an increased degree of uncertainty in patent examination following Alice. In particular, they report that in the 18 months after the Alice decision, for Alice-affected technologies, the likelihood of receiving a first office action with a rejection for patent-ineligible subject-matter increased by 31%, and the variability of patent subject-matter eligibility determinations across examiners in the first action stage of examination increased by 26%.

However, also according to the report, things have recently been looking up. In particular, uncertainty appears to have reduced following the Berkheimer memorandum in April 2018 and the USPTO’s subsequent Revised Patent Subject Matter Eligibility Guidance (2019 PEG) in 2019. Data released in the report shows that one year after the issue of 2019 PEG, for Alice-affected technologies, the likelihood of receiving a first office action with a rejection for patent-ineligible subject-matter had decreased by 25%. Furthermore, the data shows that for Alice-affected technologies, variability in patent subject-matter eligibility determinations across examiners in the first action stage of examination had decreased by 44%.

The law in the area of software inventions will of course continue to evolve, particularly given patents in the area of computer-implemented inventions are on the rise at the USPTO. Any reduction in uncertainty of patent examination will undoubtedly be welcomed by patent applicants.

For patent applicants, this finding indicates a more consistent and predictable examination process. 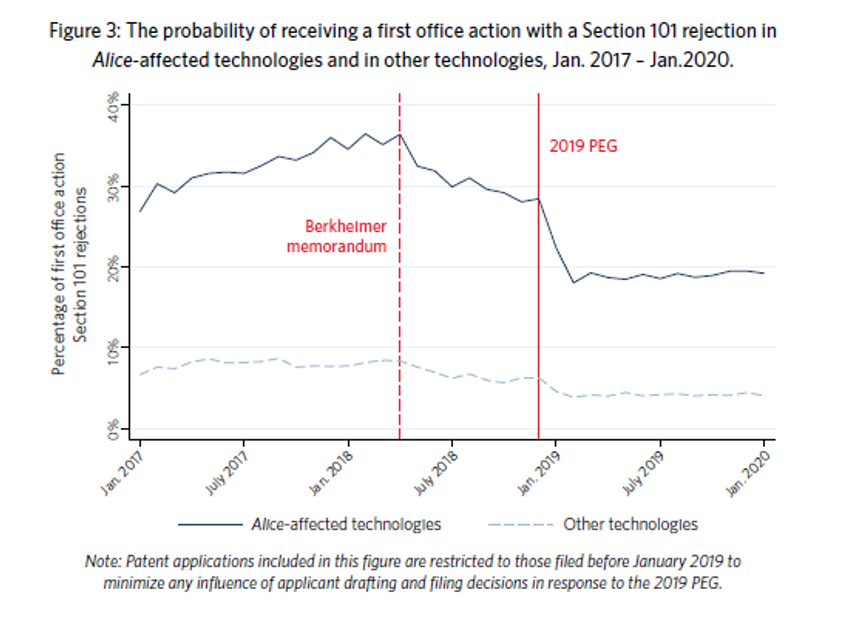