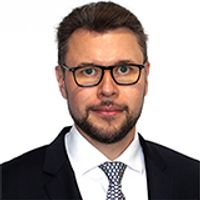 The German Bundestag, which is the first chamber of parliament, had a debate on the Patent Modernization act on January 27, 2021. A first draft of the Patent Modernization Act has already been discussed by the author at the beginning of 2020. In the meantime, several parties provided comments. Subsequently, a second draft was made, which was also open to public consultation. The legislator found that there is only a selective need for simplification and modernization of the Patent Act.

Most importantly, the second draft adopts changes in the German patent law. Although only selective, these changes are subject to heavy discussions and have led to several amendments of the drafts. The legislator intents to amend section 139 of the Patent Act which codifies the automatic injunction.

According to the draft, Section 139 should be amended to allow an exception for cases, where the injunction would lead to an undue hardship not justified by the exclusive right upon which the injunction is based. This amendment has finally been made upon a recommendation of the Bundesrat, the second chamber of parliament, basically to codify a rationale of the "heat exchanger" judgment (Federal Court of Justice case ID: X ZR 114/13).

The intention of this weakening amendment is to prevent holders of a patent for a comparatively small technical aspect, which is used in far more complex products, from hindering the distribution and shutting down manufacture of the complex products. The legislator expects this situation to become more and more important as different patent-heavy fields of technology tend to blend into each other e.g. as it is the case for connected cars which now implement mobile communication technology.

Interestingly, it has now been reported that an alliance of industrial companies in Germany formed to oppose the attempt of weakening the automatic injunction.

Finally, some minor amendments are planned, such as the facilitation of changes of ownership during patent opposition proceedings and the possibility of having hearings via video conference at the German Patent and Trademark Office.

There is only a selective need for simplification and modernization of the national patent law and other laws in the field of intellectual property protection.

The automatic injunction discussion is coming to a head. According to JUVE Patent’s information, an expert hearing with members of parliament will take place in Berlin on 24 February. German car manufacturers are again putting forward arguments for a strong proportionality test. https://t.co/9ZWfFj1XGE

Discussion of the future of the ‚automatic injunction‘ in German patent law: Automobile manufacturers and telecommunications network operators want more exceptions from injunctions, other industries including chemical/ pharmaceutical are against. https://t.co/3MoTv3EXm0

Execution of the UPC law in Germany is postponed
Sebastian Stephan