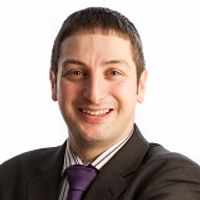 I came across an interesting article published by the IEEE about the work of Edmund Edward Fournier d’Albe, especially his inventions to turn visual media (especially text) into audio and potentially provide a useful tool to people with a visual impairment. He called his device an "optophone" and from the perspective of the 21st century, we know that his invention was never the success that he had presumably hoped it would become.

The article does not mention Fournier d'Albe's patents, although it seems as though he had a number, including UK Patent No. 10,368 of 1914, which describes an early version of his idea. Later patents were also filed, some of which list additional inventors, after Fournier d'Albe collaborated with others in an attempt to improve the concept. In fact, Fournier d'Albe appears to have obtained patents in other areas, including trench periscopes and projecting images onto clouds.

One focus of the article appears to be the technical leaps of Fournier d'Albe's inventions that paved the way towards highly successful later technology, such as optical character recognition. I hope that Fournier d'Albe would be happy to be remembered as a pioneer and his patents certainly evidence his part in that development.

Although patents provide a record of technical development and a rich mine for researchers (both technical and historical), these are of course not the main reasons why patents are sought in the first place. Patents are primarily a commercial tool; their ability to allow inventors (whether individual or corporate) to commercialize the results of their hard work is one of their key benefits.

The story of Fournier d'Albe's inventions provides lessons to everyone involved in innovation, but particularly those who would like their technology to change the world. You may just need to wait a while before that change happens.

Although it never saw commercial success, we would be wrong to label it a failure or a technological dead end. Other inventors continued to adapt and refine the technology, and the concept of automatically scanning text helped open the door to optical character recognition. 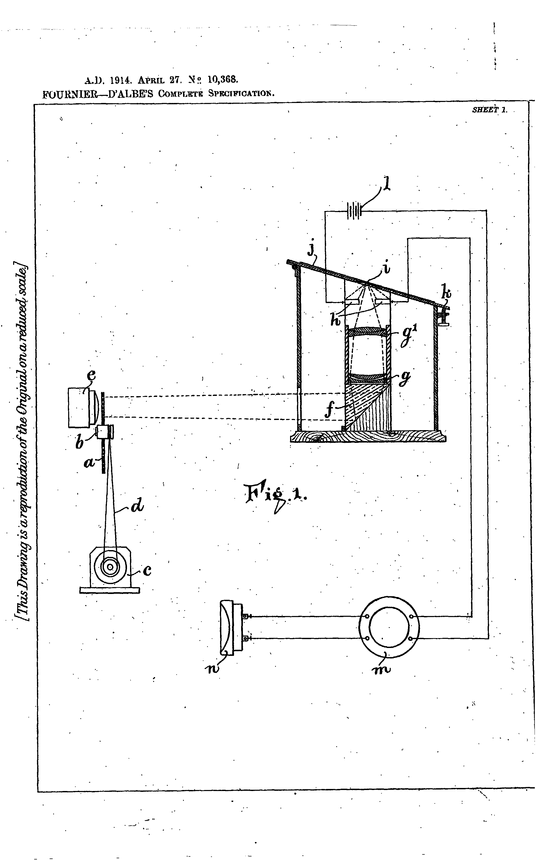 A Century Ago, the Optophone Allowed Blind People to Hear the Printed Word https://t.co/esEhSRuHeL via @IEEESpectrum

A Century Ago, the Optophone Allowed Blind People to Hear the Printed Word https://t.co/Xr34rQaf93

A Century Ago, the Optophone Allowed Blind People to Hear the Printed Word: https://t.co/KpVJmP3PRd