Mark Carney, Governor of the Bank of England, announced  last week that a new fifty pound note would be released to celebrate the UK's contribution to science.

The public have been invited to nominate their favourite scientist to feature on the new banknote and there are certainly many notable candidates to choose from.  Recently deceased Steven Hawking is expected to be a popular choice for his contributions to our understanding of cosmology.  He also ignited the curiosity of many aspiring scientists through his books, lectures and TV appearances.

Commentators also expect popular support for Dorothy Hodgkin. Her work on protein crystallography helped to uncover the three-dimensional structures of many biologically important molecules such as penicillin, insulin and vitamin B12. As the only female Briton to have won a science Nobel prize, she is likely to be a strong contender.

As an Engineering student, my academic journey was influenced by William Thompson (Lord Kelvin), whose work was pivotal in expressing the fundamental laws of thermodynamics, and James Clerk Maxwell, who gave us his famous eponymous equations unifying electricity and magnetism. The contributions of Kelvin and Maxwell have undoubtedly shaped modern science.

When discussing with my colleagues whose contribution to science has been most influential, we considered what modern technology has had the most impact on our daily lives. Undeniably, we are all heavily reliant on our mobile phones. These pocket supercomputers have changed our lives dramatically in the last few decades and have become ubiquitous. Perhaps the new fifty pond note could acknowledge one of the scientists responsible for putting this technology in our hands.

Mobile phones and computers are an advanced evolution of a device first proposed by Charles Babbage. His "difference engine" was designed for calculating mathematical and astronomical tables to automate previously laborious calculations (and reduce errors introduced when calculating the tables by hand).  He subsequently proposed the more general "analytical engine", which used punch-cards for input and outputs. His design was the precursor to the modern computer.

Whilst Babbage's design was undoubtedly groundbreaking, it was Ada Lovelace who realised that Babbage's analytical engine had applications beyond automating calculations. She proposed that the machine could be used to manipulate any data and designed the first computer algorithm.  In doing so, she pioneered a new technical field and became the first computer scientist.

Ada Lovelace understood the immense potential of the analytical engine. She predicted that such a machine might be used to compose complex music, produce graphics, and assist scientists. Looking at today's technology and the amazing machines we have developed that rely on a computer processor, we can attest that her predictions were spot on.

For me, the story of her vision, optimism and insight makes Ada Lovelace the most inspiring candidate. My vote for the new fifty pound note has been cast. Submit yours here: https://www.bankofengland.co.uk/banknotes/50-pound-note-nominations

Think Science: who do you want to see on the next £50 note? 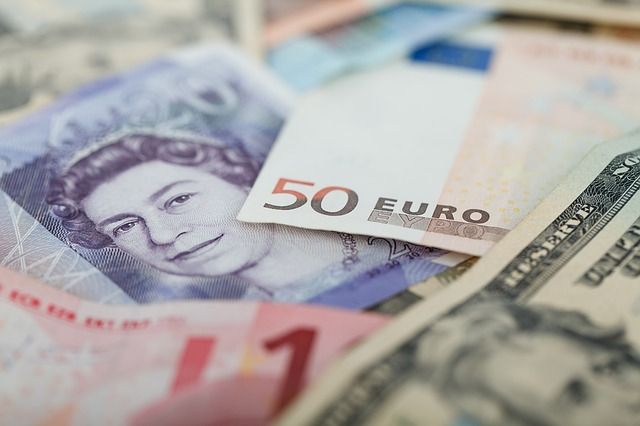 Whose face should go on the £50 note?https://t.co/dshRfewmG2
Please support Alan Turing. He arguably did more to win the war than any other individual. Yet, far from honouring him, the legal authorities of his country hounded him to his death because of his homosexuality.

Who should be on the UK's new £50 note? Have you ever seen a £50 note?Dorothy Hodgkin –the only British woman to have been awarded a science Nobel prize gets my vote. https://t.co/pj31nqNG8B

I've recommended Elizabeth Garrett Anderson be on the new £50 note (https://t.co/LLXfWq0MPv). Why? She was an amazing woman. https://t.co/4SLuGjEX0yhttps://t.co/6ruQvvwj8zhttps://t.co/iRvEpdmddN