I recently wrote about the European Patent Office publishing a study showing that companies, particularly small and medium enterprises, which had registered Intellectual Property were out-performing those which did not. Of course, such statistics are always open to interpretation and so I was very interested this week to read the story of the 3Doodler 3D Pen and how a pro-active Intellectual Property filing strategy ended up saving the business.

This is a real-life example where a strong Intellectual Property portfolio allowed a small business to survive and thrive. When the inevitable copycats and imitations started flooding the market, 3Doodler were able to use their granted Intellectual Property to drive them away. I also enjoyed the anecdotes of the copycats including manufacturing defects from whatever batch of pen they were copying!

What particularly stood out to me in the article was where the CEO Daniel Cowen highlighted how for a company focussing on innovation the legal costs of patenting can seem a waste. As appreciated by Cowen, the money they spent on patenting their 3D pen meant that they were able to continue innovating and protect themselves when competitors invariably entered the market place. As a Patent Attorney I'm not sure I would go as far as saying the money can seem a waste, but I work with lots of SMEs and understand the budget pressures that come with that.

It is an unfortunate reality that one can almost expect that for popular products such as the 3Doodler there will be knock-offs and copycats waiting to pounce. By considering Intellectual Property protection and involving Patent Attorneys from an early stage, 3Doodler were able to make sure that they were ready for this.

I look forward to hearing about the continued progress of the 3Doodler and keeping an eye on their patent portfolio.

“As a company focusing on innovation, you don’t want to waste your resources on legal fees,” Cowen said. “But would there be innovation without patents? No. Patents let us play in the market, which lets us make money, which lets us keep innovating." 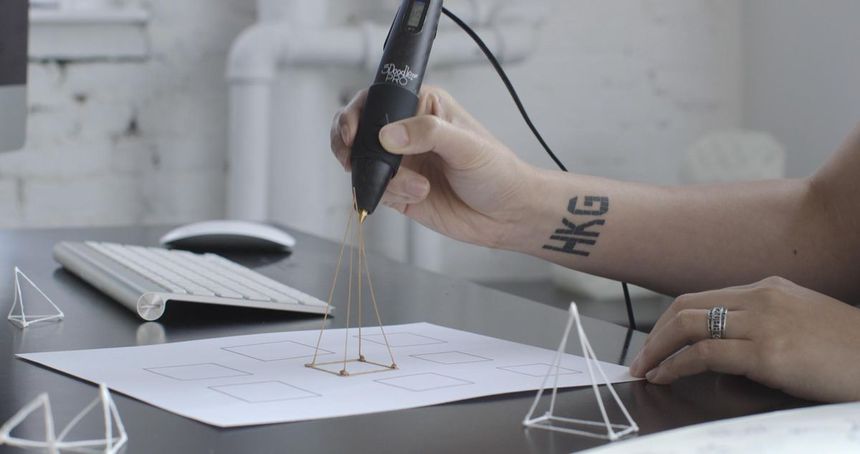 Protecting #IP is no small thing - and can be well worth the investment to protect a market category, as @3Doodler discovered in patent battles for the category-first #3Dprinting pen.https://t.co/6y9m2zuCC3