Many technology start-ups and small businesses use patent applications as evidence for potential investors that there is an innovative, profitable product for them to get involved with. Given that many investors are not experts in intellectual property, it is important to consider how to present your IP to others and what impression it may be giving about your company.

This article isn't related to a start-up though, but the second company to hit $1 trillion in value - Amazon. Last month Amazon received some criticism in the press for their patent No. US 9,280,157 which had the rather plain title "System and method for transporting personnel within an active workspace". This application was meant to cover a system for allowing humans to safely enter areas where robots are freely operating. However, thanks to some rather cramped looking drawings it was widely reported as putting workers in cages - an unfortunate headline for a company receiving negative headlines about worker's rights which has recently raised its minimum wages.

This is another fantastic example where the wider commercial considerations need to be reviewed, including the impression a third party may take from your applications. While I am sure the inventors at Amazon were only thinking of the safety benefits, it is possible that some more sympathetic drawings could have helped the reporting of this patent.

As a start-up or small business with IP, it is the positive impressions to investors or clients which you are looking to maximise. As an example, there are news stories on the technology websites when the major phone players (Apple, Samsung, etc.) have a new patent application published directed to foldable-screen phones. While Samsung is expected to launch its first foldable phone shortly, the anticipation was already building for a foldable phone based at least in part upon published patent applications.

In this sense, approaching your patent applications with the broader commercial picture in mind can help ensure your IP is adding to the value of your business in more ways than just its face value. 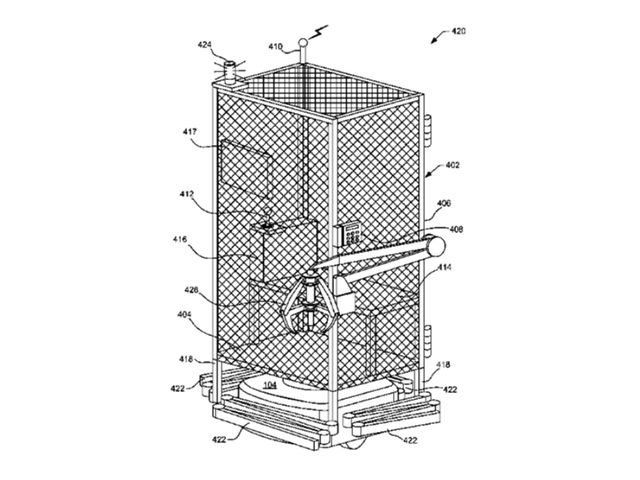 The Amazon cage thing is not new. The patent was filed in 2013, granted in ‘16. We dug it up in our research on all the patents that went into the Amazon Echo. You can search them too – USPTO has 'em on a public site. Here’s the cage patent:https://t.co/MObCEqqmhd pic.twitter.com/Z65087Y72Y

"Despite all my rage, I am still just a rat in a cage." - Amazon Workerhttps://t.co/WV88jDqM8a

Checking out how the Amazon patented worker cage might look like in the newsroom with the Ikea Place app and @dataeditor pic.twitter.com/OnaxS5IatY