As an Applicant for a patent, you would like to think that your application will be judged solely on its merits according to the relevant requirements. However, a National Bureau of Economic Research working paper entitled From Revolving Doors to Regulatory Capture? Evidence from Patent Examiners suggests that the identity of the Patent Examiner and the law firm filing the response can play a significant part. While the first patent for an actual revolving door was granted 7 August 1888 to Theophilus Kannel (US 387,571 A), this article is instead looking at whether there is an difference between US Patent Examiners who move into patent prosecution vs their colleagues who remain at the USPTO

In studying over 10,000 US Patent Examiners, involved in over 1 million applications, Haris Tabakovic and Thomas Wollmann concluded that the around 1,000 Examiners who left the USPTO to join law firms were more likely to grant patents than their colleagues who remained at the USPTO. This extended both to the firm which they joined, and to other similar firms in the same geographic region.

This doesn't necessarily mean Applicants should be rushing to find US firms with a lot of ex-Examiners on the books, but does show an interesting potential bias in the US system. Of course, each USPTO Examiner will also have supervisors looking over their work, so it is unlikely they could force through clearly unpatentable applications. Still, it is worth more research to consider whether this "revolving door" between the USPTO and firms is in Applicants’ interests.

In my opinion, this would be less likely to be an issue at the European Patent Office. EPO Examiners are highly skilled, needing fluency in at least English, French and German, and there is not the same culture of Examiners becoming European Patent Attorneys. However, after some time prosecuting applications in particular fields you do become acquainted with certain Examiners. This may help get applications granted as you learn how they like to style certain formal objections, and having some rapport could help with any telephone calls during the process.

Ultimately, it can be useful to remember that any patent Examiner is not some faceless guardian blocking your goals. Instead, they are a person with their own preferences and biases. The vast majority want to work with you to have an application granted.

The revolving-door examiners granted 10–16 percent more patents to companies for which they went to work. 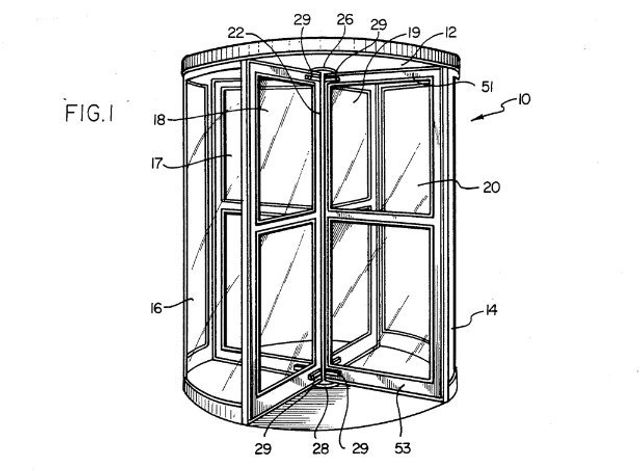 Does the United States Patent and Trademark Office (USPTO) — which both regulates a significant share of commerce and employs a large number of revolving-door workers — have a regulatory capture problem?https://t.co/7WIgYfAjNz

US patent examiners grant significantly more patents to the firms that later hire them, getting ready for “revolving door” prospective employers in years when firms are actively hiring#SocSciResearch https://t.co/8iEBd61NzW

Basically, patent examiners are subject-matter experts. They could make money in the private sector. Many eventually do exactly that. And it turns out, these revolving-door employees have lower standards for potential future employers (i.e. big firms in their field) #NBERday